Birds of the World, Birds of NUI Galway

The Library has recently taken out a subscription to the Birds of the World database created by the Cornell Lab of Ornithology.
This resource brings together comprehensive, authoritative content from scholarly ornithology texts, sites, maps and images integrating all information into one central hub, including videos and audio clips of bird calls. Birds of the World is the one of the most powerful ornithological resources ever created.
We decided to use the resource to show some of the common and less common birds that can be found on the University campus. 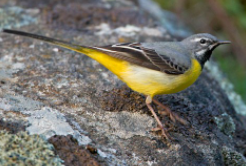 A lover of water, there is a pair of Grey Wagtails residing at the stream that flows beneath the Concourse. The Grey Wagtail is a cousin of the very common White (Pied) Wagtail that bobs about the square in front of the Library. 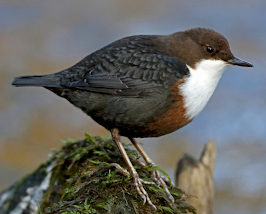 Another lover of water habitats, the White Throated Dipper (or Dipper to his friends) is less common but a solitary one took up residence at the stream near the Bank of Ireland. 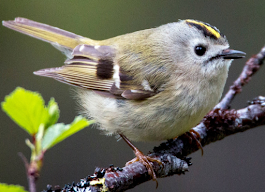 The Goldcrest is the smallest bird in Ireland and Europe (even smaller than the Wren). There was a pair nesting near the Library Loading Bay last year. 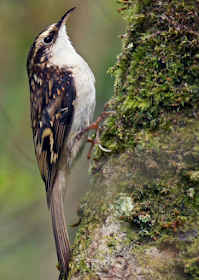 With less people on campus at the moment, you are more likely to spot a Treecreeper near the University Quadrangle as it searches for grubs on the tree trunks.

Moorhen often travels upstream from the canal and seem quite fond of the section that runs alongside the new Human Biology Building. 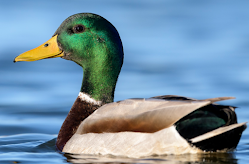 Mallards wander across all the waterways in the University and are very memorable in Spring with their brood of chicks in tow. We think a pair nested in the stream between the Concourse and the Kingfisher last February. The database mentions interestingly that all domestic ducks actually derive from mallards. 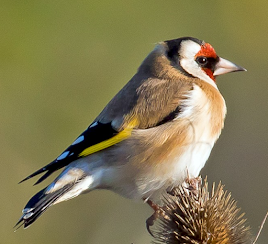 The colorful Goldfinch is gregarious and small flocks can be seen on different parts of the campus.
Another gregarious bird is the House Sparrow, numbers of which have fallen greatly in recent years.
Chaffinches are another finch regularly seen. 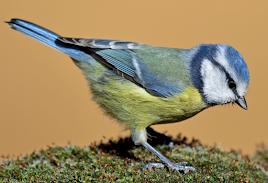 Blue Tits and the related Great Tits and Coal tits can all be seen foraging for insects on campus. Notably the database states that much of their success surviving winters is attributed to being fed at bird tables during the lean months. 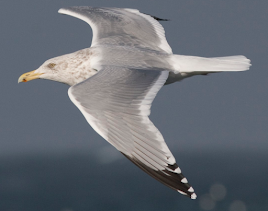 Come spring, Herring Gulls are now nesting on
various University buildings such as the Concourse and the Library as their natural habitats come under increased pressure. The better behaved Black-Headed Gulls are a common visitor as well. 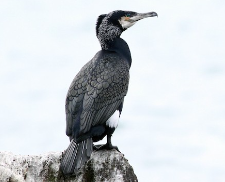 Cormorants often take a break from the seashore and dive for fish on the Corrib, often quite close to the river path. Here's a video clip of the bird in action. 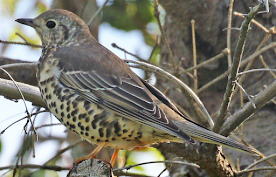 Mistle Thrushes seems to particularly like the pitches in Dangan and can be regularly seeing inspecting the grounds for worms. The smaller Song Thrushes and first cousins Blackbirds are also common. Amazingly the database says that the Mistle Thrush was not recorded breeding in Ireland until 1807. 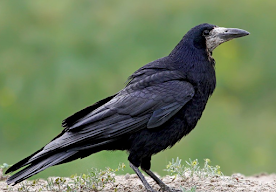 Rooks (picture show), Jackdaws, Hooded Crows, Magpies are all common on campus. They are members of the Corvid family and are considered the one of most intelligent of bird species. As evidence they can be seen dropping snail and sea shells from height trying to crack them open for the morsels inside. 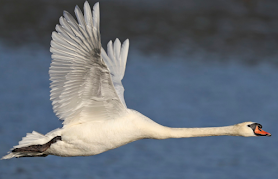 Mute Swans regularly nest along on the river bank and last Spring, one couple were star attractions during the first lockdown with their clutch of cygnets. This time of year you might be lucky as well to see Whopper swans passing overhead as they return from Iceland for the winter. 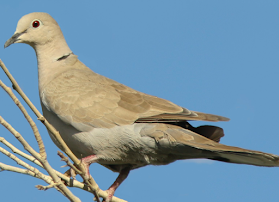 Collared-Doves reside in the trees around Dangan, along with their first cousins, the Wood-Pigeons. Collared-Doves only arrived in Ireland in 1959 and have thrived since. 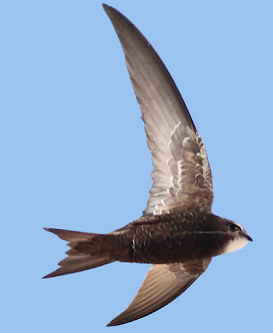 The Swift is a remarkable summer migrant, spending almost its whole life in the air. Its distinctive scythe shape can be seen high in the sky above the campus from April  onwards. Its more familiar relation of course, the Swallow feeds on flying insects all around the University, particularly in the evenings or after rain.
We will finish with a video of the much loved Robin singing. Remember Birds of the World can be accessed via the Library Catalogue.
Collection Development

Posted by James Hardiman Library at 23:09