Your Library PIN is very important to help you get the most of our Library resources. With it, you can sign into E-Knowledge, check your library account online, reserve books online, and a whole lot more.

To watch a short and simple tutorial on how to retrieve your Library PIN, just click here

If you're having trouble opening the tutorial, you'll probably need to download Macromedia Flash Player. this can be downloaded quickly and for free here.

This will be the first in a series of tutorials the Library will be publishing to help you with online life. So visit the blog often, or save yourself the trouble and subscribe!

Don't forget to visit the Library Homepage often too, where we'll be shortly unveiling our Virtual Learning Centre.

Posted by hardiblog at 16:40 No comments:

Google Scholar is essentially a specialised web search engine that searches scholarly resources.
It's like the science search engine, Scirus, in that it covers specific scholarly material as opposed to the web in general.

Google Scholar uses the powerful Google searching algorithms, and when the results are displayed, it indexes the fulltext of results, links to related articles, and lists who the articles are cited by.

So in general, Google Scholar sounds like the definitive cross-resource scholarly searching and linking engine! However, it's not perfect, and there are some very important caveats to keep in mind if you use it

The library has taken steps to help you avoid meeting these dead-ends when using Scholar. When you do a search, take a look at the links at the bottom of each result. Sometimes you'll see a link that says More info @ NUI, Galway (see below)

If you click this link, it will bring you to our SFX linking service, which will link you to some of the Library's databases that will have more information on the article, as well as holdings information if we have the article on hardcopy.

Sometimes, we'll be able to bring you straight to the full-text of the article. Take a look at your list of results, and if you see a link that says Full-Text@NUI, Galway beside the title of the result (see below), you'll be brought straight throught to the full-text in one of our databases.

Some people use Google Scholar because it can search the holdings of different databases at once; but don't forget we offer this service too! E-Knowledge lets you cross-search, so you can search multiple databases at the same time. And with E-Knowledge, you'll be guranteed to always have full access to the search results!
Posted by hardiblog at 09:49 2 comments:

In a nutshell, RSS, ("Really Simple Syndication"), is a way to get information from websites sent to you, instead of you visiting those websites to get updates. So it's basically a web feed.

When you subscribe to a website's RSS feed, it delivers the site's latest news directly to you. It's a great time saver, as you have information automatically sent to you instead of spending time visiting each site individually.

You can use an RSS feed to get the latest news, weather, updates on hobby sites, blogs (subscribe to our RSS feed on the right of the page!), and loads more besides.

So how does it work?
It's actually pretty simple, you need: an RSS reader, and a site generates an RSS feed!

An RSS reader is just a piece of software that lets you read RSS feeds (the same way you need Microsoft Word to read .doc files, or Microsoft EXCEL to read .xls files)
There are loads of free, good RSS readers out there. You can find a list of some of the best here and here. If you have a Google gmail account, you can use Google Reader

After that, you just subscribe to the website you're interested in! Nearly all news websites have RSS feeds; in fact most information websites on the web have RSS feeds that you can subscribe to. All you have to do is keep an eye out for the RSS symbol (above).
Some sites, like RTE, and the BBC have different RSS feeds for different topics, e.g. news, sport, technology, etc.

What happens is the website sends the feed to your reader. All you have to do is scan the headlines, and if you see an article that you're interested in, you can click the link to bring you directly to the information on the website.

Very easy, and a great time saver!
Posted by hardiblog at 10:01 No comments: 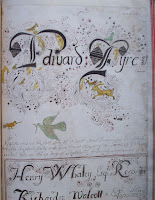 The descriptive lists for the various local authorities for Galway City are now available online at the following links:

For further questions or queries contact Kieran Hoare, Archivist, at kieran.hoare@nuigalway.ie, or on 091.493636.
Posted by James Hardiman Library at 12:51 No comments:

Email ThisBlogThis!Share to TwitterShare to FacebookShare to Pinterest
Labels: Archives

At the recent IIUG conference in Sligo, keynote speaker Tim Spalding of LibraryThing gave a fantastic talk about his site, and its development from pet project to global success.

LibraryThing is really two sites in one.

First, it is a tool to catalogue your personal library. Users add books to their catalogue by entering titles, authors, or ISBN numbers. LibraryThing then searches the Library of Congress, all five national Amazon sites, and over 45 world libraries, and returns with precise book data. Users can then edit the books in their catalogue, tag their books with their own subjects, and use the Library of Congress and Dewey Decimal systems to organize their collections.

LibraryThing is also a social space, connecting people with similar libraries. It also makes book recommendations based on the collective intelligence of the other libraries.

Check it out, sort out your book collection, meet people with similar interests, and use the recommendations to broaden your mind!

Posted by hardiblog at 09:55 No comments:

A lot of discussion and hype online has been centered around the future direction of the world wide web.
With the advancement of new technologies and new ideas, the perception of the web as just a place to house information has changed to something that is interactive and user-focused.

There are literally thousands of articles out there that try to explain exactly where the world wide web is going, and what Web 2.0 really means. You can find some of them here, here and here.

One of the best explanations of Web 2.0 is a presentation by Michael Wesch on YouTube (itself a classic Web 2.0 phenomenon). Sound isn't necessary, but it enhances the whole presentation. Enjoy.....

Posted by hardiblog at 10:24 No comments: 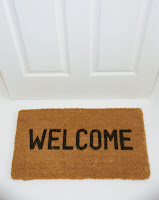