U-Multirank, a new university rankings system has been launched under the Irish Presidency of the European Union.

This initiative is an attempt to broaden the current rankings systems which many consider to be too narrow in their focus, particularly with the media emphasis on league tables.

Instead U-Multirank uses a broad range of indicators that will enable users to compare the performance and profile of institutions across five dimensions of higher education and research activities:


Further information
The U-Multirank website explains the project in all its facets.

For the honours student, the European Commission final report on the initiative runs through the myriad of complex issues involved  in designing a 'Multidimensional Global University Ranking System'.

Finally the following online article gives some background to recent press comment about the initiative.

Topic 1 in the AWC Annual Academic Writing Competition: Identify a commonly held perception and explain why it is incorrect.

Topic 1 in the AWC Annual Academic Writing Competition: Identify a commonly held perception and explain why it is incorrect.


The following are examples of such perceptions: ‘votes for women was a great cause with a positive outcome’; ‘everyone has a right to education’; ‘one must distinguish between dreams and reality’; ‘homicide is not civilized behavior’; ‘modern life owes a debt of gratitude to Thomas Edison’s inventions ; ‘we cannot escape the burden of the past’. Any commonly held perception in any field is acceptable. However, your piece may not contain anything libellous.

Submit your essay by 21 February by emailing us at awccompetitions@gmail.com and irina.ruppo@nuigalway.ie


Posted by James Hardiman Library at 10:40 No comments:

Learn AED Awareness for someone you love this St. Valentine's Day 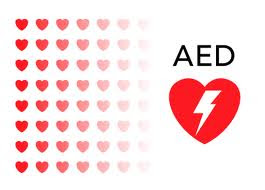 To learn about the life saving capabilities of the AED (Defibrillator) machine located in the Library Foyer, see how it works, and in particular hear what you as a by-stander can do in response to a cardiac emergency occurring, come along to a short practical briefing session on St. Valentine’s Day - who knows it may help you save someone you love one day.

Posted by James Hardiman Library at 20:33 No comments:

We are delighted to inform you that the Blog of the Archives Service of the James Hardiman Library (http://nuigarchives.blogspot.ie/ ) has been nominated as part of the Digital Humanities Awards in the category of 'Best DH blog, article, or short publication.'

"Digital Humanities Awards are a new set of annual awards given in recognition of talent and expertise in the digital humanities community and are nominated and voted for entirely by the public."

You can vote for NUIG Archives blog here: http://dhawards.org/dhawards2012/voting/

Voting is now open and will close on 17th February.

Your support and vote in this would be greatly appreciated. Support your Library!

Posted by James Hardiman Library at 12:32 No comments: