As we are allowed to expand our horizons to travel anywhere in Ireland from 29 June, it is worth looking back at some of the tourist accounts and travel guides relating to Ireland published during the twentieth century. The first half of the century witnessed the zenith of the Irish railway network when the whole island was connected by rail. In 1906 a map was published to accompany the report of the Vice-regal Commission on Railways in Ireland. 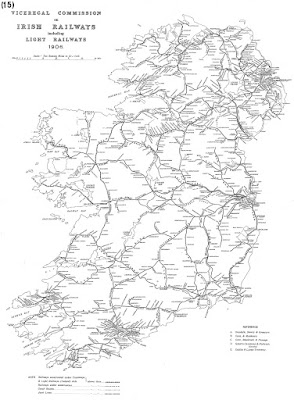 It is contained in the Commission’s full report which is available through the House of Commons Parliamentary papers database on the library website or the Enhanced Parliamentary Papers Ireland website. You can also access the map on Wikimedia Commons

The Midland and Great Western Railway Company’s branch line to Clifden ran through our university campus. When you walk from the library towards Distillery road, you are walking on the railway! If you would like to read some of the guides to excursions on this and other West of Ireland lines you can do so here. We have the original edition of the Midland & Great Western’s detailed handbook from 1900, Ireland from Sea to Sea but sadly that’s not yet available digitally.

While lots of travel guides for 19th century Ireland have been digitised and made available online, fewer volumes from the 20th century are on offer yet, mostly because quite a lot of the material is still subject to copyright. You will have to wait for the reopening of the Archives and Special Collections Room, hopefully in the next few months, in order to read these volumes for yourself but here are a few illustrations from them to whet your appetite! 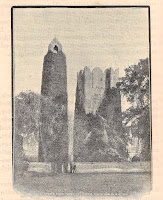 Image of the round tower at Swords, County Dublin, with an unfamiliar coat of ivy, from O’Neill Lane, T. Round Erin or Highways and byways in Ireland (Abbeyfeale, County Limerick: [the author], c.1900).

We can see that back then, people liked to lean over the bridge to see the salmon too! The bridge in Galway we now call the Salmon Weir Bridge, which celebrated its 200th anniversary in 2019. 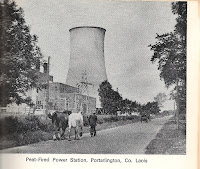 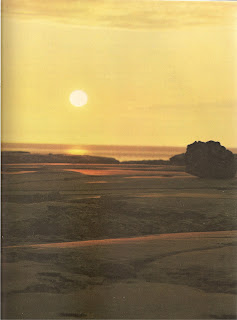 and finally, this spectacular shot of the Burren, taken from Newby, Eric & Petry, Diana. Wonders of Ireland: a personal choice of 484 (London: Hodder & Stoughton, 1969)

In the meantime, you might alos like to try Thomas O’Neill Russell. The beauties and antiquities of Ireland (1897), and Dorling Kindersley’s Eyewitness Guide to Ireland (2012), the full text of which is available through the library catalogue. If you would like to read more about Irish travel writing the journal Studies in Travel Writing devoted a special issue to the subject in 2016 (Volume 20, Issue 2) which can also be accessed via the library catalogue. Enjoy your trips and stay safe!

Posted by James Hardiman Library at 18:31